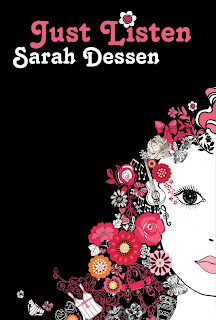 Well, it’s officially summer, and therefore, I figured, time for an update. First, I’m excited to say that Just Listen will be released in the UK in July, featuring the awesome new cover you see to the left. It’s already getting some great buzz, so if you’re a Brit or in the area traveling, look for it in your local bookstore.

I won’t be doing any appearances for a little while, because….I’m pregnant. Yup, due at the end of the summer. Never fear, though: there WILL be a new book from me, in April of 2008. We’re editing it right now, and it’s going to be called Lock and Key. I’ll be posting a cover as soon as we have one.

Thanks again for everyone for all the support. Have a great summer!